It will be if the reaction from 5-year-old "Star Wars" fanatic Ryan Mogg is any indication. Mogg tried out the Force Trainer at a recent "Star Wars" toy fair. In less than a minute, he was controlling the rise and fall of a pingpong ball in a clear tube -- with his brain waves.

"It's like what Obi-Won Kenobi and Darth Maul do!" he said afterward with a big grin.

All very cool, yes. But take a look at the video posted at the bottom: 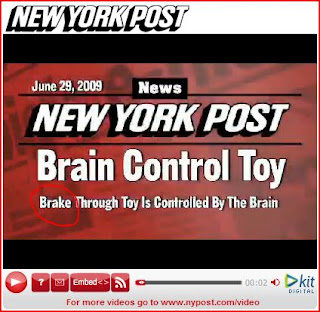